Take your game to the next level with Neuravena®

It has been a strange year. Almost nothing of what we used to call “normal” remains, and a new normal emerges. So many people are confounded to their homes, leaving them only for crucial activities. One of the outcomes of this dire situation is that usage of video games, be it on a mobile, platform, PC or other, has exploded.

Nutritional needs of e-gamers are not as well defined as those of traditional sports. People who play hours of video games, e-gamers for short, have different needs and benefits to address than physical sports. E-gamers are looking for aids for visual acuity, for cognitive function, for energy – everything that will enable them to be at their best while facing long hours of confronting legions of enemies or needing to have a quick solution that will enable them to win over their opponent. Nutrition companies rush to the aid of the gamers, offering nutritional solutions that will help the gamers stay ahead of the game.

Most existing products for e-gamers rely heavily on one ingredient – caffeine. Caffeine is probably the best-known nootropic, with specific e-gaming related benefits such as improved alertness and focused. Nonetheless, caffeine is also known to cause side effects in various people, for example elevated heart rate, increase in blood pressure and reduced bladder control. These side effects associated with high caffeine consumption can be troubling for e-gamers. Can we offer a natural substitution to caffeine?

Nootropics are sought after by gamers, that is clear. Nootropics that are fast acting are especially relevant as they offer the user a quick boost at a time of need. Neuravena® is such a fast-acting nootropic. Neuravena® is our branded green oat extract. The cultivation of oats, or Avena sativa​ L., can be traced back hundreds of years, and oats have always had the reputation as a health food. But oats come in many varieties, and not all oats share the same profile of bioactive molecules, hence the same health benefits. These bioactive molecules in green oat include compounds such as vitexins and other flavonoids, triterpene saponins and others. Over time, many strains of oats have been developed that differ in their macro- and micronutrient content. In other words, the efficacy of a green oat extract for specific applications may largely depend on the initial strain used as source material.

The strain selected for further research is cultivated in Eastern Europe, from where it is shipped to our European processing plant in Spain. Production of Neuravena® utilizes our proprietary technology EFLA® HyperPure, resulting in a pure and clean extract. The use of EFLA® HyperPure technology, a specialized membrane technology, yields a stable and water-soluble material, making it suitable for dietary supplements (tablets or capsules) as well as to functional beverages, RTD and shots.

As a next stage after identifying the right strain, Neuravena® was then tested in a series of clinical studies, highlighting its benefits for supporting cognitive functions, many of which are shared with caffeine and can be beneficial for e-gamers.

Committed to strong scientific support of its products, IFF Health has supported several clinical studies, results of which showed that ingestion of Neuravena® can lead to improved blood flow, concentration and alertness, memory, mental performance and more. One of these studies is of special interest, and its results are highly relevant for e-gamers.

The study was led by Prof. David Kennedy and was conducted in the UK. A gold standard design (double-blind, placebo-controlled, cross-over design) was used, in a study testing the acute effects of Neuravena®. Healthy participants (n-42) aged 40 to 65 were recruited. Participants were asked to take Neuravena®, in a single dose of either 1600mg or 800mg, or placebo, on two separate occasions. A period of one week was used as washout period. A battery of cognitive tasked called COMPASS (Computerized Mental Performance Assessment System) was used. COMPASS is a computerized system allowing for multiple attributed to be tested in one sitting, attributes such as global functioning (speed, accuracy), mood, attention and concentration, working memory, episodic memory, executive function and more. 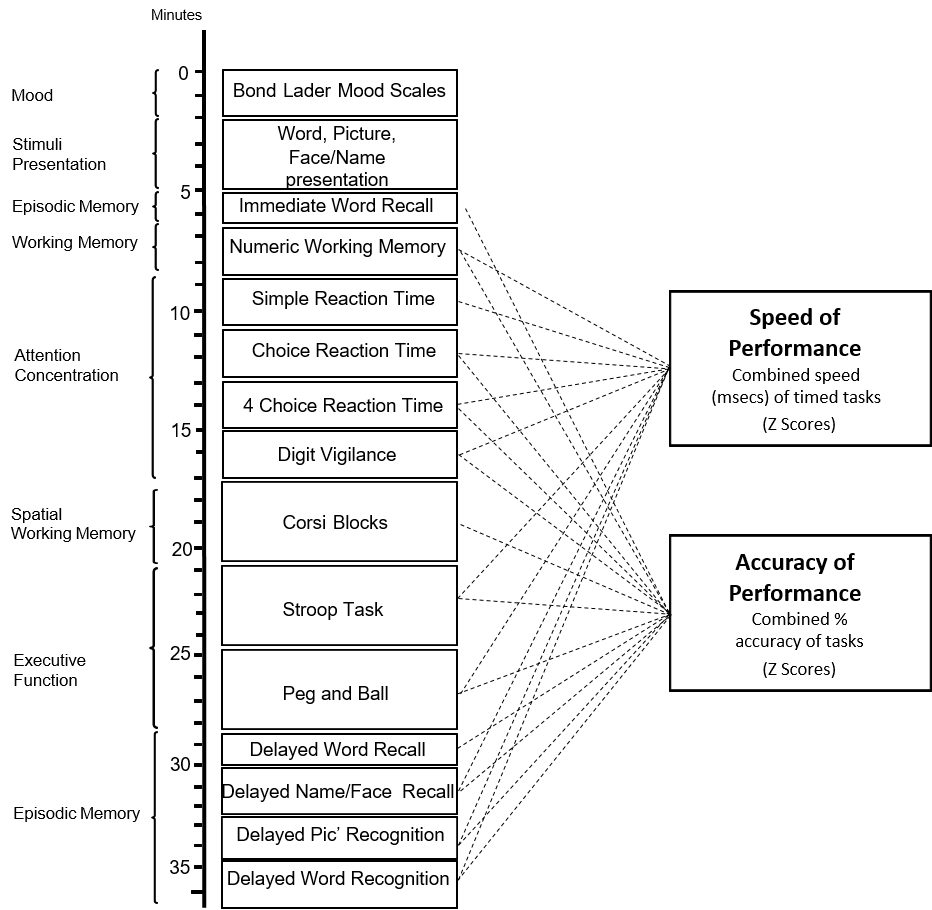 Figure 1: a schematic representation of COMPASS array of cognitive tests. Ingestion of Neuravena® led to an improvement in global “Speed of Performance” in cognitive tasks​ (p<0.05)

Intake of Neuravena® was also shown to have benefits on individual tasks, such as executive function, episodic memory and working memory.

The effect of Neuravena® on executive function was demonstrated by a computerized version of the Peg & Ball test, a test during which participants are asked to move colored balls on pegs using mouse and cursor to match a target display (figure 2).

Intake of Neuravena® led not only to a significant reduction in planning time (the time taken to plan the moves prior to starting), but also to reduction of completion time (time to complete the moves).

Fig. 2: Principles of the Peg and Ball task. Participants need to plan how to move the colored balls from the Start State to the Goal Test, using a pre-defined set of rules. This kind of games, which can be done physically or digitally, require similar set of capabilities as are required by e-gamers​

Participants who took Neuravena® also scored better in working memory test (during the second visit only). Working memory (more accurately, Spatial Working Memory) is an important function of the brain, same function responsible for capabilities such as navigating the various tasks in a video game. Interestingly, while special function is important for e-gamers, it is known also that playing video games can lead to an improvement of spatial memory, so there is reciprocal relationship here [4].

E-sports has become one of the largest industries related to time of leisure. E-gamers need special products to help them play long hours and increasing number of companies target this segment with specific products, including nutritional products. Neuravena® has clinically proven cognitive benefits making it highly suitable for snacks and beverages targeting e-gamers., Furthermore, gamers can benefit from an increased speed of performance in cognitive tasks, making Neuravena® a natural ingredient for inclusion in e-sports products.